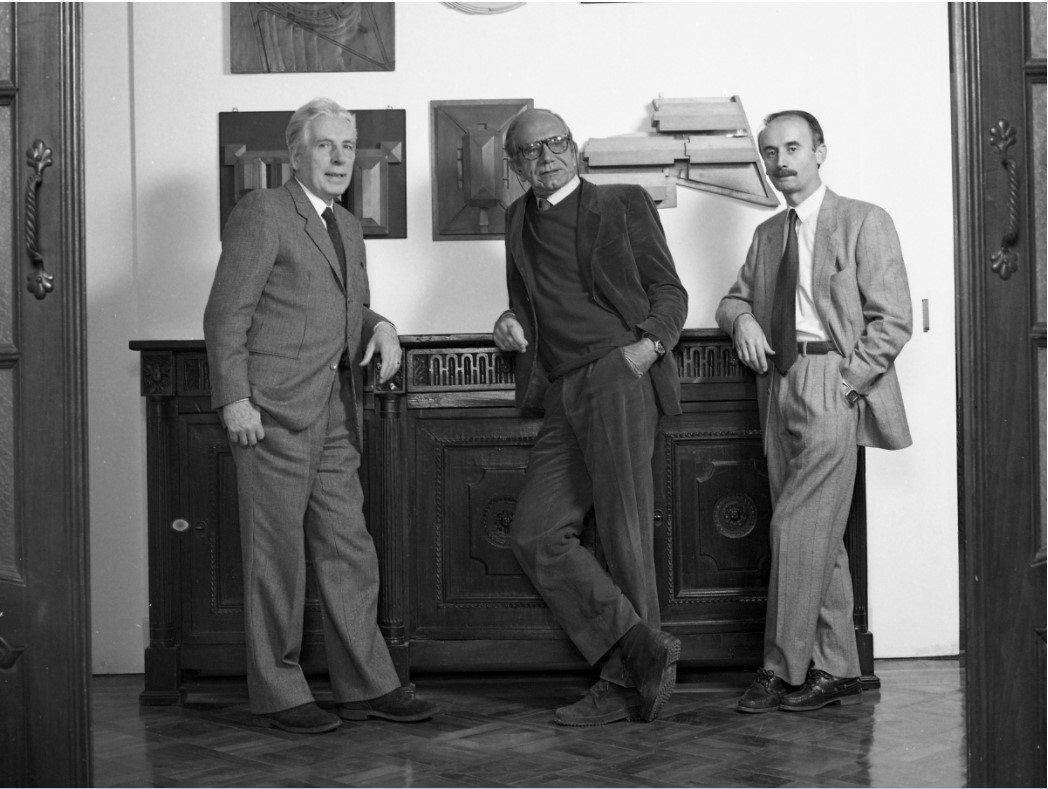 Roberto Gabetti and Aimaro Isola – both Professors at the Faculty of Architecture of the Turin Polytechnic - formed, from 1950 to 2000, one of the most fertile professional associations in the panorama of modern and contemporary architecture. The many projects they created since the beginning of the activity are characterized by the attention dedicated to the themes of the landscape and the environment at different scales.   Most of their works have been displayed and commented on in exhibitions and have been published in architectural magazines and national and international publications, giving rise to an articulated debate on the relationship between modernity and tradition. Some monographs dedicated to them have thoroughly analyzed their approach. Their works of design and architecture are exhibited at the MOMA in New York, at the Center Pompidou in Paris, at the Accademia di San Luca and at the Maxxi in Rome. Luciano Re was part of the studio at the turn of the 60s and 70s, then dedicating himself to university teaching. Guido Drocco shared his entire career with Gabetti and Isola until 2000, supporting her with important personal professional achievements and also holding roles as a university professor.